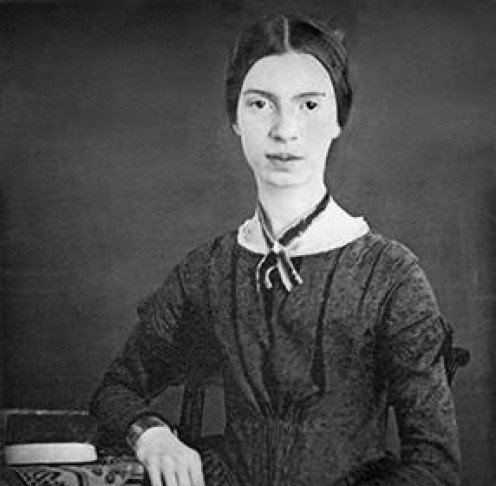 For me, the most difficult poem in the Eduqas GCSE Poetry Anthology is Emily Dickinson’s As Imperceptibly As Grief. It’s taken me a significant amount of time to come to terms with it, a struggle unable to be assisted by anyone convinced with their interpretation. My original focus was that it was a seriously melancholic piece, exuding a sense of acquiescent depression, inspired by her reclusion and her being particularly familiar with death and its loyalist of acquaintances, grief. However, I am now of the opinion that it is not wistfully morose, but more an earnest, decorous and sagacious account of how to live.

As imperceptibly as Grief
The Summer lapsed away —
Too imperceptible, at last,
To seem like Perfidy —
A Quietness distilled
As Twilight long begun,
Or Nature, spending with herself
Sequestered afternoon —
The dusk drew earlier in —
The morning foreign shone —
A courteous, yet harrowing Grace,
As Guest that would be gone —
And thus, without a Wing
Or service of a Keel
Our Summer made her light escape
Into the beautiful.

The poem presents a unique vision in the portrayal of the passing of time, comparing the ending of summer to the ending of grief. The unexpected connection serves to inform the reader of the cyclic nature of life and its subsequent feelings: as one thing ends, another may begin; balance is supreme. In this case, the ostensible sadness that most would have for the ending of summer is mitigated by the end of a period of grief for the poet.

The calm acquiescence of change, and its very imperceptibility, is what characterises the poet’s philosophy, and it is this insight into the metaphysical that affords the poet such a significant stature in the world of poetry. Dickinson meditatively presents her thesis that life and nature don’t make a habit of interfering in human condition. It just goes about its business; there is no treachery; it is man’s prerogative that denies destiny. Her reclusive state undoubtedly provided Dickinson with the time to ponder on such matters, to ironically be perceptible of the movements of the seasons and time. Her acute familiarity with grief, having lost close friends to war, and a mother just 6 months before the writing of the poem, again ironically affords her perspicacity into what it means to be alive.

Presently, the ending of the season is a time for reflection, where the hubbub of life and chaotic vitality of summer is distilled into serenity, the long begun twilight celebrating of the calm transition into the next stage of life. The lessening of the light and the reduced presence of the morning sun, that rejuvenating essence, is at last questioned as a harrowing thing, as the poet succumbs to the eternal human blight of not wanting to let go, of a fear of the next thing – the unknown. But in conformance with the poem, the feeling is unsurprisingly fleeting, a feeling not to be dwelt upon. The only rhyming section of the poem in ‘shone’ and ‘gone’ juxtaposes any venom in the sentiment as it forces an upbeat tempo, and the abrupt ‘And thus’, skilfully shifts the focus back to the acquiescent passing of time.

Dickinson reiterates the power of nature as an inevitable force, a three-dimensional force, directionless without a keel, yet still paradoxically imperceptible. ‘Our’ summer lightly escapes into the ethereal, the unknown, the beautiful. It is ours, this human condition, because we all share it, and it is beautiful because it couldn’t be any other way – life is cyclic, feelings come and feelings go. It is the degree of acceptance of such an inexorable truth that ultimately shapes who we are.