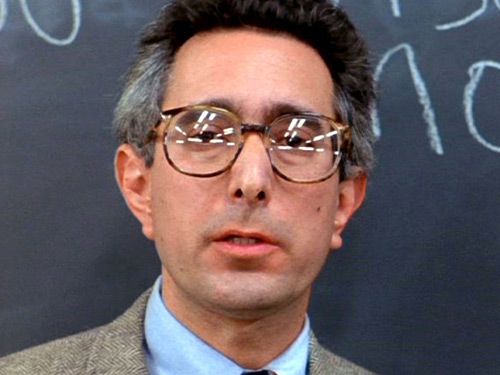 A hypothesis: because of the relative ease of retrieval of episodic memory and its ability to facilitate elaborative retrieval of semantic knowledge, creating memorable episodic moments in a sequence of learning could reduce the amount of time needed to be spent on practising retrieval of the desirable semantic content in that sequence.

As discussed in the last post, the more we know about how information is encoded and then retrieved from our memories the more we can have faith in our teaching methods. The central focus of the post was ‘engagement’, and in this post, I will examine the function of episodic memory and use this knowledge to explore the theoretical foundation of the above hypothesis.

In terms of encoding, an important characteristic of episodic memory is the fact that the stronger the emotional connection to an event the more likely the event will be remembered. This logically follows when considering Willingham’s now iconic supposition: ‘you remember what you think about’, because the emotion increases the level of attention given to the content. Providing students with emotional hooks when teaching content then potentially facilitates the efficient encoding of that content. However, the important caveat here is ‘potential’.

As discussed in the previous post, the limitations of working memory play a part in how much of an experience is encoded, with optimal encoding possible when the working memory isn’t overloaded. Clare Sealy beautifully articulates the central ‘drawbacks’ of episodic memory here, that the contextual tags are often undesirably remembered without the semantic desired content, and that the episodic memories aren’t transferable and therefore useful in assisting working memory because they are locked into the specific context they occurred in. We all remember moments of our schooling that seem to be disconnected to what the teacher was probably trying to teach us, like a fun English lesson making a sculpture, or having a lesson outside on a sunny day, or an embarrassing experience that happened in a class, or getting locked in a cupboard (actually happened to me), or as David Didau cites on pg. 161 in his excellent book, ‘Making Kids Cleverer’, only vague recollections of learning about topics such as the Vikings.

But I wonder if these outcomes are not the result of shortcomings of episodic memory. I wonder if the outcomes are the result of a poor design of the learning sequence*, a design not considering cognitive overload, and that when the new content was contextualised with emotion, the teacher failed to negotiate the usurpation of working memory capacity by being conscious of where initial attention is focused, and re/direct attention to the more salient content once the emotion subsided? If true, incremental design with mastery at its core needs then to be considered on more than just the paper and design level, it needs to consider the real context of the lesson and anticipate episodic encoding.

I wonder if the episodic memories survive and not the desired semantic content because of a lack of dedicated retrieval of the semantic content? With retrieval practice a relatively recent phenomenon in teaching, this is certainly likely. I wonder if the lack of transferability has nothing to do with episodic memory, but is again actually due to a lack of mastery of the semantic content, a lack of retrieval practice preventing the semantic content from moving towards automaticity, and detaching itself from the episodic? If knowledge is mastered, and thereby not negatively affecting the working memory, say for example mastery of your 6 times tables, why would remembering the two weeks spent with your uncle helping you learn them get in the way of using the learnt semantic knowledge?

Ostensibly, it would be far easier to avoid such lurking dubiety and control the learning environment by reducing or even eliminating episodic influence on the working memory. Presently, with this insight, and with a better understanding of the important chiasmus: learning can’t happen without engagement, but engagement doesn’t automatically imply learning, many teachers have begun to tread cautiously in lesson design, fearful of conflating episodic experiences with cognitive overload, and the deleterious, ‘fun’. This is the motivation for removing distractions in PowerPoints and on walls, but particularly in removing distractions in the delivery of content, in an attempt to refine pedagogy to concentrate more on the science of teaching and less about its artform.

However, this refinement and removing episodic encoding has its detractors, with opponents frightened of teaching becoming a soulless and robotic profession. It is certainly an important conversation to be having, but concomitant with the above counters to episodic drawbacks, there may be a more poignant reason as to why the removing of episodic encoding may not be in a teacher’s best interest, and it has to do with the retrieval of the encoded content.

Retrieving content is imperative in order to strengthen the neural pathways the information flows through. The stronger the pathways, the more automatic the information can be drawn from the long term memory to assist the working memory. Everything we’ve attended to and thought about in experiences in our lives is stored somewhere in our long-term memory (Kirschner); the trick is in successfully retrieving it when our working memory needs it. Undeniably, the less time (and pain) it takes to master and thus automaticise knowledge the better: mastery is an elusive concept, but for all intents and purposes, a reasonable demarcation of mastery would be when a student is able to draw on previous learnt content to assist in encoding new content without it affecting the current working memory. With time being the ultimate malevolence, teachers naturally want to streamline methods to achieve this mastery: the nature of the forming of episodic memories presents an interesting time saving possibility.

‘ While episodic memory and semantic memory require a similar encoding process, semantic memory mainly activates the frontal and temporal cortexes, whereas episodic memory activity is concentrated in the hippocampus, at least initially. Once processed in the hippocampus, episodic memories are then consolidated and stored in the neocortex. The memories of the different elements of a particular event are distributed in the various visual, olfactory and auditory areas of the brain, but they are all connected together by the hippocampus to form an episode, rather than remaining a collection of separate memories. But significantly, by repeatedly reactivating or “playing back” this particular activity pattern in the various regions of the cortex, they become so strongly linked with one another that they no longer need the hippocampus to act as their link. For example, memories of people’s faces, the taste of the wine, the music that was playing, etc, might all be part of the memory of a particular dinner with friends. The memory of the music that was playing that night, for example, can act as an index entry and may be enough to bring back the entire scene of the dinner party. ‘ (1)

This ability of our brain to trigger other memories from a single cue is called elaborative retrieval, and if we consider the fact that episodic memory can be so easily remembered, invariably without any retrieval at all, evidenced by the fact that semantic elements of a scene need to be ‘worked on’ to be remembered, we are presented with a possibility that these memories could be exploited to expedite the retrieval of semantic content. If these episodic memories could be used to serve the building of schemata about topics and be positioned as triggers or cues for desirable but harder to reach semantic content, they would in fact be instrumentally useful in a sequence of learning.

Where the information being learned has a framework or structure that can be used to organise both the learning and the retrieval then memory is often considerably improved.

Schema is an important concept in education. Rather than information in our brains being stored like a library, a better analogy would be that of an interconnected web of information, with ideas being linked in multiple ways. It is the interconnected web of knowledge that our brain draws on to help make sense of new information. The web of knowledge assists in reducing cognitive load as the multiple sub-surface associations, from prior knowledge, are able to be rapidly assimilated to interpret the new. Eventually the new information, rather than just being bolted on to the existing schema, becomes understood and accommodated to be a part of it.

In Christine Counsell’s writing on curriculum as narrative, the building of schemata is not just about the core facts of a disciplinary unit of work, rather it is the ‘hinterland’ or associations surrounding those core elements that help connect ideas and develop overall understanding, and at the same time preventing the curriculum and delivery of essential semantic content from becoming, as Adam Boxer writes, denuded of wider meaning and majesty where it ceases to be one thread of the epic story of humanity and becomes a sterile and sanitised exam-ready product. Neil Almond’s wonderful analogy of curriculum as a box set similarly captures the imperative of this interconnected web.

When Adam Boxer describes his difference in delivery method when distinguishing between core and hinterland material in his lessons, he articulates a context for episodic memories to be created. ‘Quite the opposite tends to be the case when I walk in the hinterland. I move around the class more, I become physically animated and visibly excited. I vary my intonation and use poetic and emotive language. I can often talk for a long time without pause, without asking questions and without students taking notes or doing drill questions. I draw on my personal feelings and experiences in a way that I rarely do in my other interactions with students, I give just a little bit more of myself.’  The hinterland content, behaving essentially as episodic in nature by generating emotional responses from the students, not only beautifully sets up the delivery of the core semantic content, but because it can be effortlessly retrieved, now serves as potential ‘head’ cues for retrieving the core content.

For many teachers, with awareness of how to successfully sequence the episodic content as described above, this may serve as good news, affirming an intuitive type of delivery in lessons that is their bread and butter, an intuition that can now be articulated it in terms of cognitive science.

In the above sequence of diagrams, utilising the benefits of a progression model of curriculum, the episodic memory, carefully delivered in class as to avoid cognitive overload, is in a different colour and is represented as larger in the schema. This is to suggest that it is serving as a ‘head’ cue which can also be more easily retrieved and thereby helps facilitate more efficient elaborative retrieval of the desired semantic content. As a corollary, the bar graph below would illustrate the reduced time students would need to spend on retrieving the new addition to the schema to consolidate mastery.

It could be argued that even if the time saved was minimal, the increased engagement such episodic delivery potentiates and the incidental yet palpable building of schema would still serve to make it a useful strategy.

In the next post I will discuss approaches that incorporate episodic type sequences in their design, their efficacy, and the their validity.

*a design failing to thoughtfully consider what learning is actually resulting from the memorable experiences.